So we were coming out of swim lessons the other night and Kevin and I were pleasantly discussing our weekend plans and Rocco, meanwhile sounded like this: Hey mom and dad look at that fire hydrant hey look look why aren’t you looking see the fire hydrant it is all smashed why is the fire hydrant smashed HEY MOOMMM HEY LOOK HEY LISTEN TO ME STOP TALKING STOOOPPPP!  THE FIRE HYDRANT!  HEY!  HEY MOM HEY MOOOMM!!!!

I started to get after him for interrupting, but Kevin interrupted my interruption of Rocco’s interruption to say, “He can’t help it.  He’s just one big stream of consciousness.”

I said, “No, that was definitely more a scream of consciousness.”

So Kevin says, “That’s going on your blog.”

I tell him that anytime someone says that I won’t put it on my blog because 1) people really just don’t get it and no one can understand the cutting room floor of MrsMouthy’s blog but me and also 2) I don’t know, I just don’t want to be predictable I guess or have it seem like I’m just waiting for things to happen so I can put them on my blog.*

So nope, that was not going on my blog.

Then in the car there was some hilarious dialogue where we were all changing each other’s words around and cracking up but sometimes, I swear, my brain is on the same program as SnapChat so 30 seconds later I couldn’t remember a thing about the conversation, even though that was worthy of my blog.

Later, after the kids had gone to bed I asked Kevin to bring me “Mine computer” (because Leo says “mine” instead of “my,” so naturally we have started speaking that way and I always wonder why is it all mine kids all need so much speech ferapy?).  Anyway, K said he’s waiting for the day I ask him to bring me “mine scrapbook” instead of “mine computer” and when I asked why, he said, “So then you will have to ask me to bring you ‘Minecraft.’”

There was an awkward silence when I know he wanted to tell me that that was going on my blog but now he knew he couldn’t, so I said it for him and now here I am blogging about it, whether I should be or not.

This blog post has left me so confused about who and what I am.

I walked into martial arts last night with a hysterically screaming toddler last night.  Here’s what preceded that moment.

We had gotten to the gym a few minutes early and I was in the car with the boys and, having a rare spare five minutes, decided to clip their nails.  (I always carry nail clippers around in case such an event occurs because Lord knows we don’t have time for this level of personal hygiene at home.)  I pulled up the garbage can and started clipping Vincenzo’s nails.

Me to Vincenzo: I can’t wait for the day you learn to clip your own nails.
V: I can clip my own nails.
Me: Then why don’t you?  It’s not like you can’t see that they’re long—they’re part of your body, after all.  I only see your nails a couple times a day.
Rocco: No…you see Vincenzo’s fingernails all the time.
Me: How could I?  Vincenzo is at school all day.
Rocco: But his nails are so long you can still see them from home!
Me: I see your point.  Vincenzo is at school doing math with his left hand while his right hand’s fingernails are scratching on our front door.
Rocco: Why are you clipping his nails into the garbage?
Me: Because it’s gross to have nail clippings on the floor or your seats.
Leo: Why you throw them away??!
Rocco: But it’s not gross to have just one nail clipping on your seat.
Me:  Is this conversation seriously happening?  Yes it’s gross to have even one spare nail clipping around.
Rocco: But you could save them.
Me and Vincenzo: GROSS!
Leo: WHY YOU THROW THEM AWAY??!
Mom: What would you do with all those nail clippings, Rocco?
Rocco: I would put them in a jar and put it on my desk.
Me: Rocco, only creepy people and psychopaths do that!  Am I having a weird dream or are we actually talking about starting up a collection of fingernail clippings?!
Vincenzo: I can pinch you…
Me: Ow!
Leo: WAAAAAH.  DON’T THROW THEM AWAY-HAY-HAAAAY!  WAH! WAAAAAHHHH!

And that is why I showed up to martial arts with a screaming toddler under my arm.

(If you need to get ahold of me over the next few days, I will be busy  replying to all hate mail from nail clipping collectors out there who are offended at the name calling I did in this post.)

Rocco, if I haven’t mentioned it, is a child full of words and all day long the words come out and come out and keep coming out long until after lights out.  Many of those words come out in the form of questions, like some of the choice ones I’ve recorded for you below:

Nothing is too big for everything, right?

In Sweden are all the people skinny and really flat and made of cardboard?

What would happen if you left lime water out too long?

Which is more dangerous, lightning or arrow points?

Do they make cups that when you are finished drinking from them, you can eat the cup?

How many hours until we die?

I love his inquisitive nature, though some of his questions are unanswerable, some require very lengthy explanations/discussions that he is completely uninterested in, and some just make you say wuuuuutttt?  All of them asked together in the course of the day and patiently answered, however, can really make a person feel tired and worn out

This year we have discovered the magic of play dates, where the pressure is off of us for an hour or two.  When Rocco had his best friend over for the first time this year, we sat for dinner and his friend asked, with completely no context at all, “Do you think the fastest goat would be hard to herd?”

Rocco, it seems, has met his match.

And it is a match made in heaven.

(By the way, it sounds really weird to hear your kids ask if the crack pie is ready yet.)

A few things that have made MrsMouthy smile this past season (and proof that my boys are not the only  thing I take pictures of):

A backyard picnic in the leaves:

A hike to the falls: 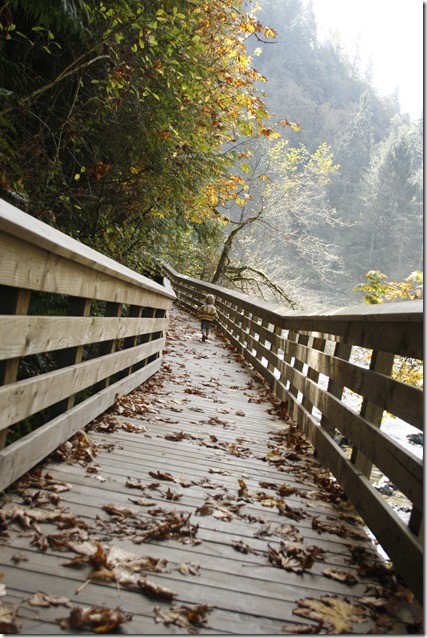 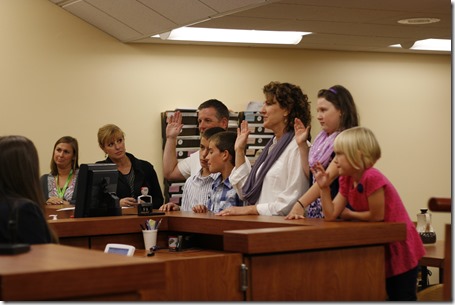 An inch of snow and neighborhood friends: 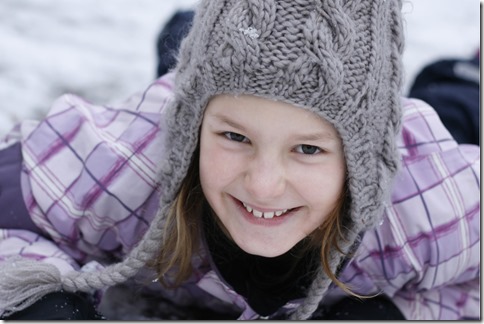 Leo feeding a camel, mouth open like a mama feeding her baby: 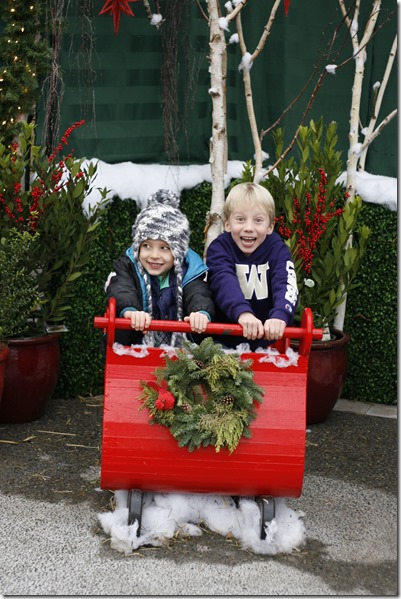 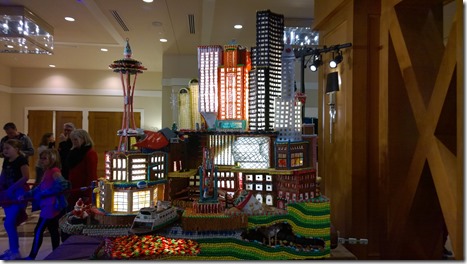 (Look closely to see Big Bertha tunneling into the ground and dollar bills coming out the other side.)

My littlest niece’s visit and our impromptu photo shoot:

A Christmas Eve rainbow and these little Beastie Boys: 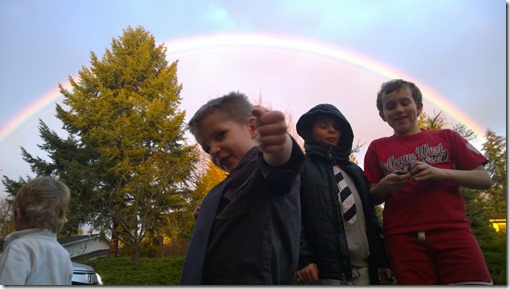 This toy, which you definitely need to get if you have kids.  If you don’t have kids, you need to go get some kids, and then get this toy:

My sister making a sled ride look like a photo shoot:

Leo, looking more like a race car than a boy: 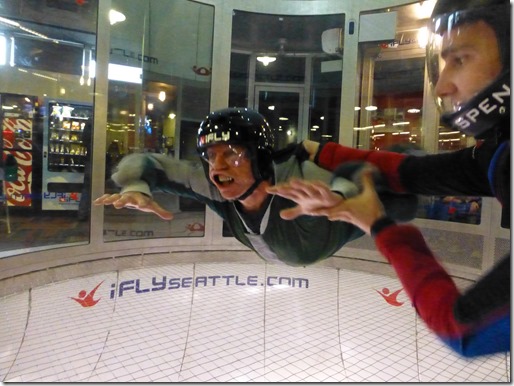 My boys’ glamour shots (Rocco’s has to include a touch of the ridiculous, of course): 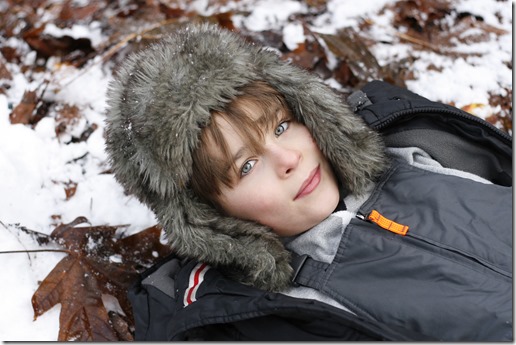 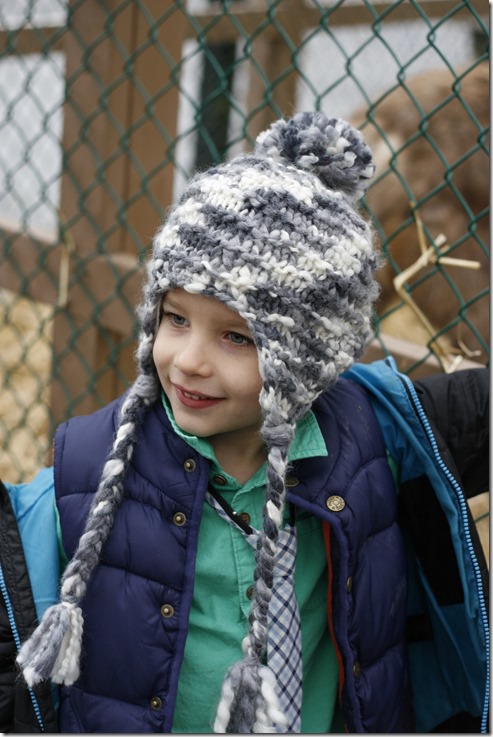 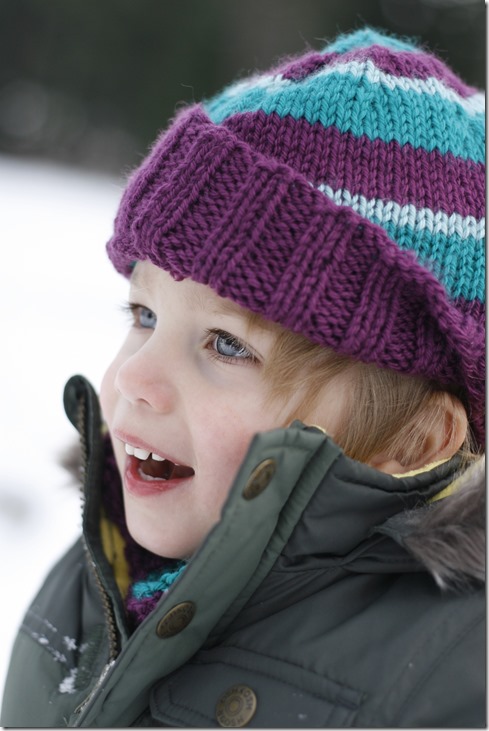 So now you’re all up to speed on MrsMouthy’s fall/winter.

Leo came into our room at 2AM the other night saying, “Let’s snuggle!”  He climbed into bed between me and Kevin and asked me, “Do you want to pet Rasta?”  So I rubbed Rasta’s back for a bit.

Then he said, “I have this yellow thing for you,” and held out his hand.  I pretended to take it and said thanks.  He kept insisting he still had something yellow for me, though, until I opened his hand up and plucked from it his special yellow gift for me: one small, warm, well-rolled booger ball.

It’s times like this that Kevin and I talk about how we can’t wait for the days we’re old and senile, or at least old enough to pretend to be senile, so we can do things like pretend to be our children’s pets and offer them gifts of carefully rolled booger balls.