I did it!  I put on a party without going overboard!!  There were still moments that felt crazy and my sister/mother/MIL were definitely put to work because even though I held back I couldn’t just open a box of Go Gurt and call it good, but at least I did not arrange them in the shape of a giant squid getting attacked by a shark formed out of string cheese atop a coral reef constructed of granola bars, or anything crazy like that. 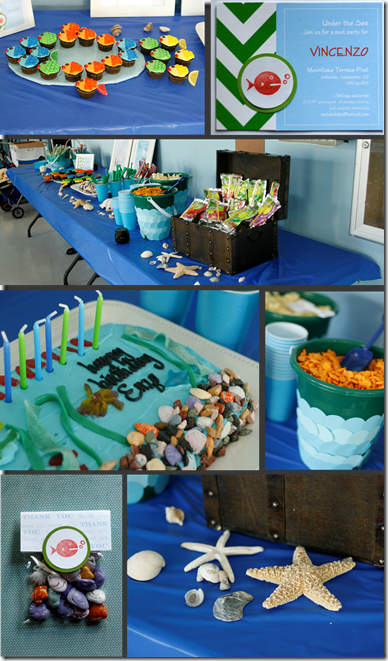 I let Vincenzo decorate the cake… 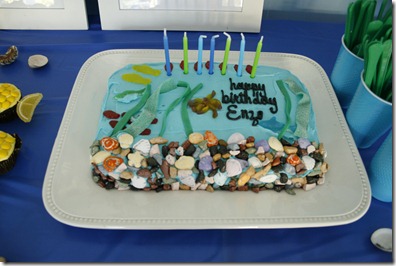 But I claimed the cupcakes for myself. 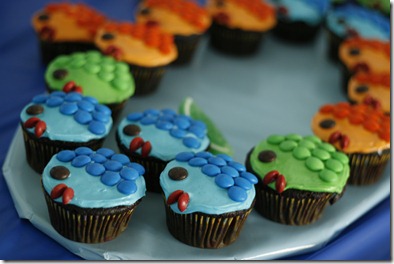 As for the kids, I’d say a good time was had.

As for Kevin…I’d say he deserves a day off. 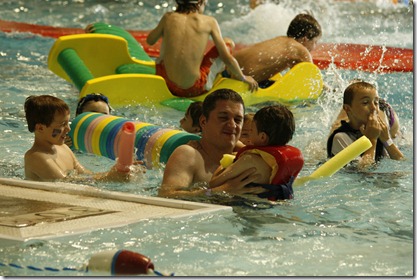 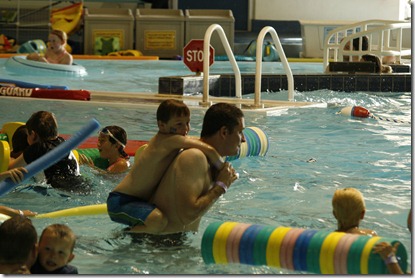 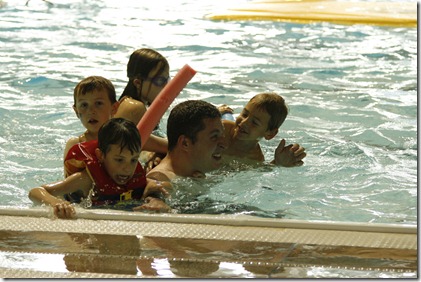 As for Rocco, we see what you did here. There will be retribution.  (View slideshow to see a mini flip book.)

As for Vincenzo, he now has enough Legos to build his first home—and the book that will tell him how to do it.

And now my seven-pound-one-ounce baby is seven years old and quite a few more pounds than that.  It has been seven years, yet I can still remember every precious detail of his birth.  I hope that as big as he grows, I will always be able to recall the little moments of that day, like when Aunt Wendy was sitting there with us and our tiny baby and she said with such disbelief and amazement, “You guys are parents now!” and we looked at her with that same disbelief and amazement and said, “I know!”

It has been the wildest ride.

And I never want to get off.

3 thoughts on “Under the Sea Party”