I’m not sure when it became cool to use the word “cool,” but it was sometime after my parents’ childhoods and sometime before I hit high school.  I think it was about the time we started saying “rad,” and also about the same time people who said, “gag me with a spoon” started getting beat up after school.

Something happened to rad, though, and it was out like a hypercolor t-shirt.  (I never personally owned anything hypercolor, and as no one wears hypercolor today, I like to consider my 80s self incredibly ahead of the times.)

So…why did cool stay and rad have to go?

And have you noticed that rad is coming back?  I noticed that around the same time I noticed myself wearing belts on top of oversized shirts, which I still don’t fully understand.

I turned to Urban Dictionary for answers.

cool: The best way to say something is neat-o, awesome, or swell. The phrase "cool" is very relaxed, never goes out of style, and people will never laugh at you for using it, very convenient for people like me who don’t care about what’s "in."

rad: an abbreviation of ‘radical’–a term made popular by the Teenage Mutant Ninja Turtles. Still primarily used by people on the West Coast who find words like ‘cool’, ‘awesome’, and ‘tight’ to be tired and overused; ‘rad’ is generally considered to be a much higher praise than the aforementioned superlatives.

So tell me…are you an always-in-style, play-it-safe COOL or a trendy yet risky RAD?* 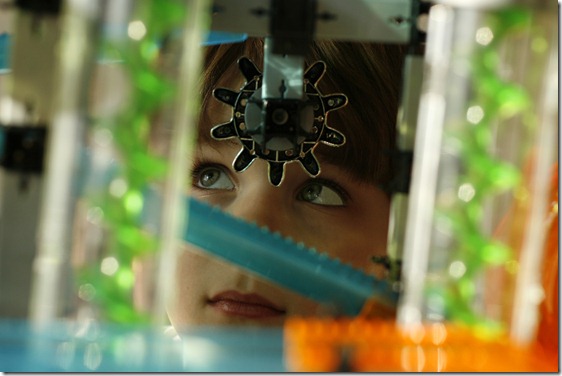 Kevin comes home from work and engages in an epic battle with Vincenzo, Fantasia style.  He starts up a chainsaw and is about to virtually saw off his oldest son’s limbs with a BBBBBRRRRRRMMMMM when Rocco climbs onto his lap, observes the situation, and starts in with a teeny-tiny BBBBBRRRRRRRMMMMM of his own.  We can’t stop laughing.

At dinner, Rocco wraps himself in the curtains and walks around, lost in the labyrinth of fabric.  We can see the outline of his nose and mouth through the material and his baby feet sticking out of the bottom of the curtains.  We ask, “Where’s Rocco?” and the curtain burrito starts giggling and squealing, so pleased it is at its own joke.

“It’s a good life” is the understatement of the century. 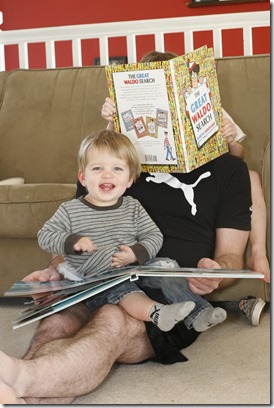 This weekend we had the first sunny days we’ve had in a long time.  I kind of panicked in the way you might panic if the doctor said you had two days left to live.  I wanted every moment to be Biography Channel caliber.  I just couldn’t figure out how to spend an afternoon walking around downtown Seattle, taking a long drive north and pulling over whenever we saw anything fun, working in the garden/purge the garage, visiting all the parks in the city, riding a ferry to nowhere, taking a spontaneous ski trip, and rubbing Crisco all over our bodies and laying on our deck…all in two days.

My husband kept pointing out it was also 40 degrees outside.

So we spent a couple (cold) hours at the park and made a (chilly) attempt to prune the hydrangeas and spent a (freezing) hour walking by the lake.  We had a lot of lovely conversations based on the topic “I Told You So.”

(As you can see, there were also a couple of overexposed photos and some color adjustments that made blue hats look purple.  I think I’ve graduated out of the “beginner’s luck” photography club.)

We spent the second day of sun playing video games and going to the mall.  Even though we no longer had anything to talk about, at least we were warm.

1.  Vincenzo announced on Monday that he will no longer be referred to as “D” (the name he began insisting on at 18 months old).  He will now be called “V.”

2. Rocco switched from calling Kevin “Dada” to calling him “Mama,” so we’ve all taken to calling Kevin “Big Momma” (or sometimes “Biggie Moms”).  Rocco might walk into the bathroom in the morning, for example, and we’ll say, “Look, there’s Big Momma, shaving her neck.  Doesn’t she look pretty!”

3.  A friend brought me a loaf of Pasta & Co’s “MANOUCHeSTER” bread and despite everything I’ve made in my WHAT’S COOKIN’ 2NITE section, about all I’ve eaten this week is that bread.  It is crack.

4.  Someone pooped in our living room, and I don’t want to incriminate anyone but I will say it was none of us, and none of us can stop laughing.

5.  Vincenzo, proudly: Mom, I just realized that ‘sink’ and ‘sink’ are the same word!
Me: What do you mean?
V: You know…something sinks in water, and it’s the same word as when you sink…with your brain!

I hope you all found something in your husbands’ pockets this week.

*I know that yesterday was not Thursday but that doesn’t necessarily mean today isn’t Friday…does it?

**At least it wasn’t as disappointing as our first Valentine’s Day, when we had been dating for a year and throwing around the word “marriage.” On that Valentine’s Day Kevin took out a ring-sized Tiffany’s box, put it in my hand, and made me guess what was inside.  I guessed wrong.  And that is how I discovered Cynicism.

Sorry for the lack of words lately; it’s been a slow week. 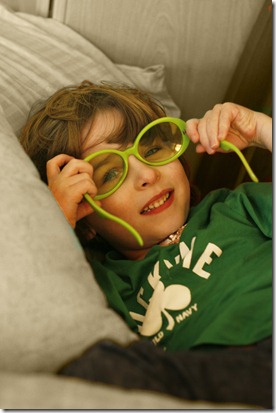 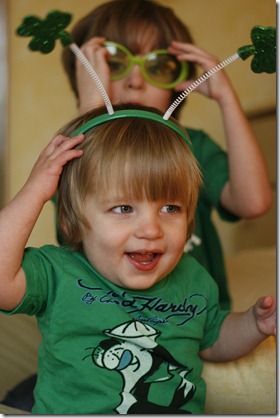 *It has recently been brought to my attention that today is not, in fact, Thursday.  I’m not sure what day it is, exactly, but I can thus confirm that it is not Thursday.

Vincenzo’s prayers as of late have been extra thoughtful.  When he prays, he squeezes his eyes shut and presses his hands together so hard they shake.  It’s really intense.  While in this state of reverence, he has recently prayed for:

3. “Dragons and triangles and all the good colors in the world.”

Spent all day Saturday in the photography class (that is now over).  Here are a few of my favorite shots I took over the course—sorry if any are repeats from the past couple weeks (but not sorry enough to actually look back at my own blog and take out any that are repeats): 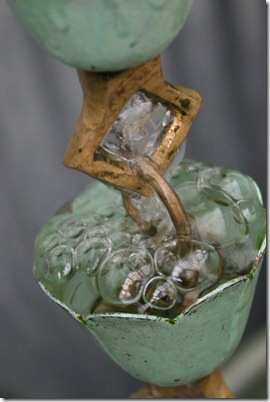 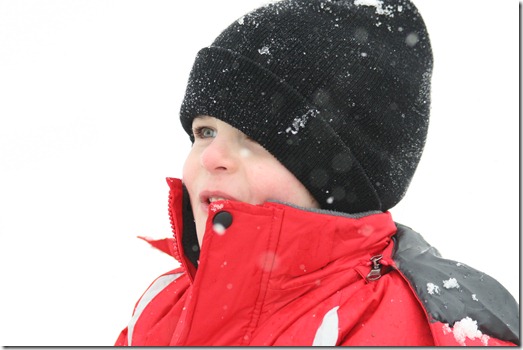 We spent from 1:15 to 2AM “ferberizing” him and thanking God that Vincenzo could sleep through a thunderstorm that rained screaming banshees if need be.  By the time Rocco fell asleep at 2AM my body had decided that it was morning and I should go ahead and just get up.

I spent my time binging things like “WHY WON’T 18-MONTH-OLD SLEEP THROUGH NIGHT?”  Bing sent me to answers@yahoo.com.  Here are my favorites from Yahoo’s advice to “sexythickchick” on the same matter:

@ru.barbie2 (because apparently rubarbie must is already taken??) said that I should be potty training my 18-month-old by now and he probably just has to go to the bathroom

@mamabird: “because he is so worried about his mother having a name like sexythickchick, he wants her to grow up and become self-respecting, responsible mother who puts him before herself. just a guess.”
(three people liked this)

Thank you, Yahoo.  I might not know the answer but at least I know what to do now for the two hours it takes me to fall back to sleep after Rocco wakes up. 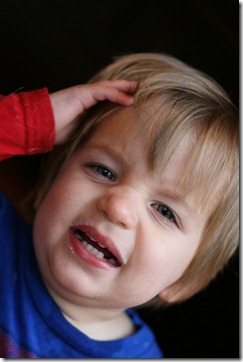 WHAT’S COOKIN’ 2NITE:
Probably Red Robin.  I am feeling like such a slacker lately. 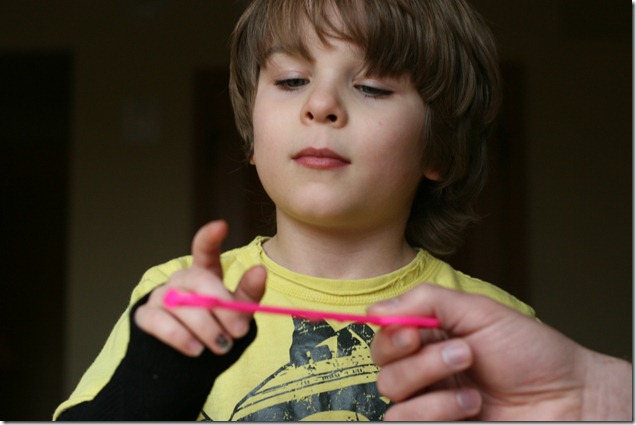