Last week Big Boy Leo (formerly known as Baby Leo) turned four (see: yesterday’s post).  He loves playing “monsters” at recess, which some of you may know as “cops and robbers,” some as “chase,” and some of my older viewers may know as “cowboys and Indians.”  Whatever.  Kids run around screaming for fifteen minutes, that’s the general gist of it.  Monster parties are fun and easy to host—you can do it in three steps:

1.  Buy stock in a googly eye company
2.  Buy all the googly eyes in the craft stores within a ten mile radius of your house
3.  Stick googly eyes on everything in your house

Start with the invitations: 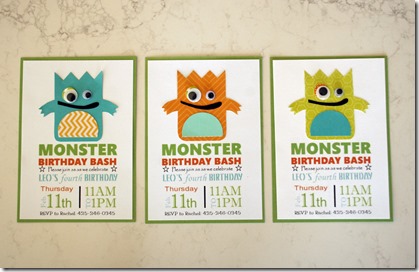 …then move on to vases: 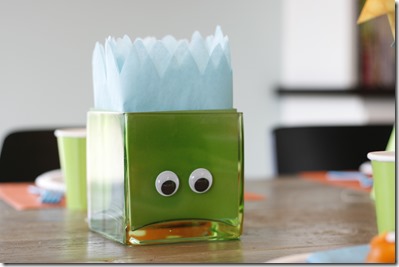 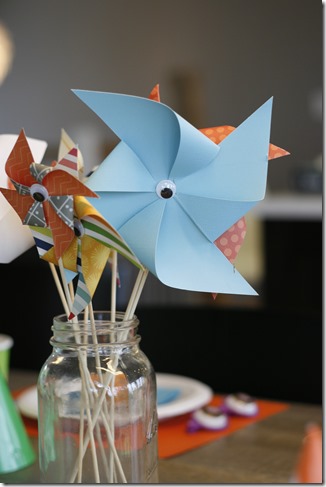 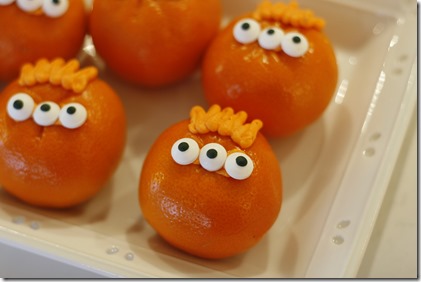 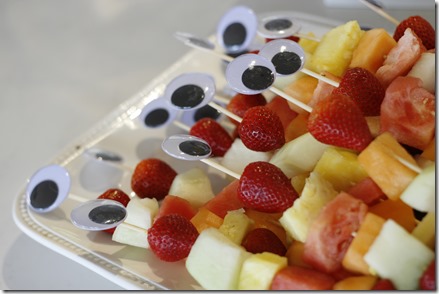 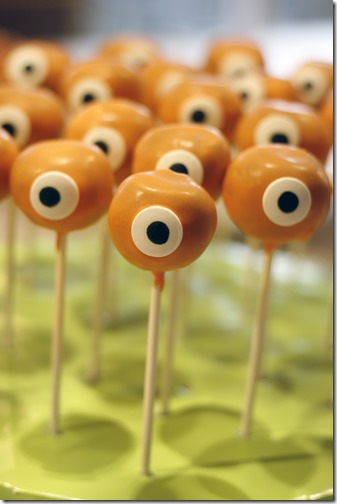 …and finally, add googly eyes to the children. 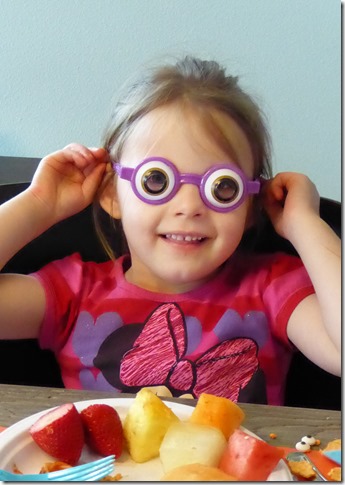 Voila!  You are ready for your party!

When the little monsters arrived at Leo’s party, they could go downstairs to color some big monsters… 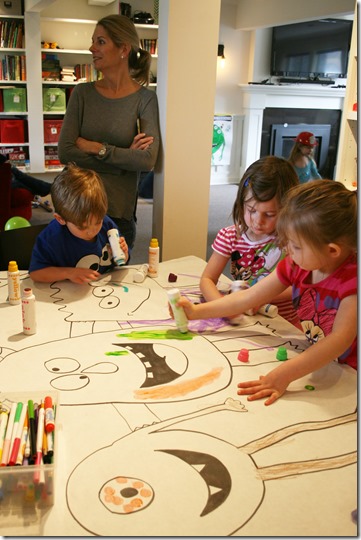 …or they could come upstairs to have a turn in the “photo booth,” which was really not a booth at all.  Four-year-olds are so naïve, they didn’t even notice, BWAHAHA. 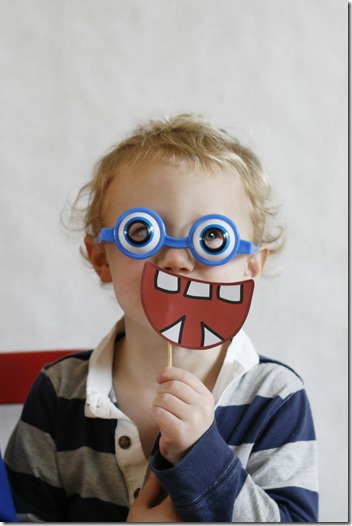 I could have sat there all day taking pictures, but Leo really, really wanted to play “Duck Duck Goose,” which we called “Eyeball Eyeball Monster” because, you know.  Themes.

This game was a little iffy.  Round one went great, and then a kid stood up and said, “I don’t want to play this,” and then another kid started crying and then a third kid tried to subtly scoot out of the game and then someone else started crying.  It was also hard for the kids to remember to say “monster,” so they played “Eyeball Eyeball Goose” and “Eyeball Eyeball Dragon” instead.  Leo didn’t seem to mind any of the crying or the quitting or the creative liberties his friends took; he just ran around and around and around while everyone yelled and laughed because he kept forgetting to sit down.  It was my favorite part of the party because it was all so quintessentially Age Four.

Pin the Eyeball on the Monster was a much less tearful game.  Want to see what it looks like when you don’t cheat at the game?

Haha, sucker.  We were all yelling, “You’re doing great!  You’ve got it!  That’s exactly right!”

Of course, these games took all of four minutes and the rest of the time the ten party guests wanted to be in Leo’s undecorated, non-googly-eyed room.  Any time we opened the door they yelled at us, “CLOSE THE DOOR!  WE NEED PRIVACY!”*

They were a very intimidating crew so we’d close the door and awkwardly wait outside for further instructions.

Now for the best part of the party…the cake!

This guy was almost too cute to eat.  (I’m don’t know if I’m referring to Leo or the cake.  I want to eat them both up!) 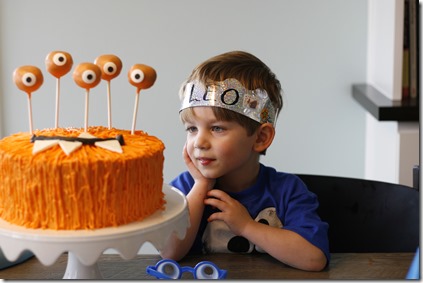 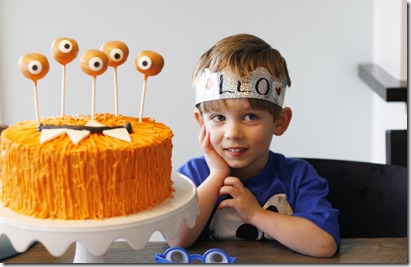 Can we just light the candles already?!

I think we each wished for the opposite thing.  I don’t want to tell you mine because then it won’t come true, but I’m sure Leo wished to grow bigger and bigger…and fast!

At the end of the party the kids got to take home their own baby monster.

Just like that, the party was over and the process of removing googly eyes from pretty much everything began.  It will likely continue for the next decade or so.

And now, can you believe it?  This little monster is four.

*Bizarrely, Leo is one of the only unarmed kids in the room.  Rocco was reading to him in the bottom of the firetruck bed.  Rocco had decided to set up a “reading station” and put himself in charge of running it.  He let us know it was very exhausting yet important work.

One thought on “Monster Party”