Leo woke up on his fifth birthday very excited to show me what he can do now that he’s five.  I came running over, camera at the ready.

Then he opened a present and saw a new pair of Batman pajamas.  “Ooo!” he squealed.  “Hand-me-downs!!!”  Poor guy.  It’s all he’s ever known before.

He does love clothes, though I don’t always “get” his look, like this one that I posted earlier on my blog. 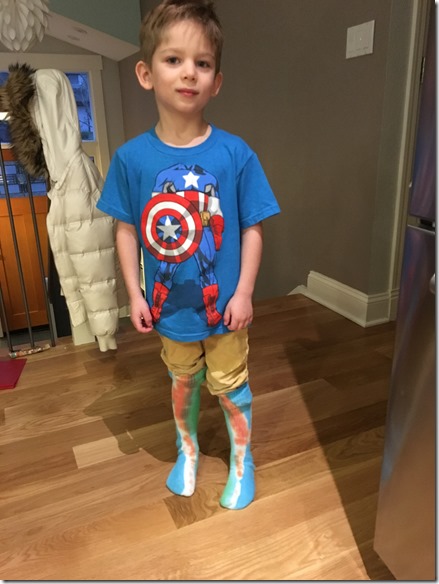 Yeah…you kinda lost me there, buddy.

Some days we’re more on the same page.

He was way beyond reach of my social class that day.

Leo is completely out of control of his emotions, and he has been for several years now.  His two favorite temper-tantrum styles are the “Teenage Girl” and the “I’ve Been Shot!” ones.  The Teenage Girl one plays out like this:

Vincenzo, sweetly: Leo, did you get a birthday crown at school today?
Leo: Ugh!  VinCENzo!  Why did you SAY that?

Me: Are you hungry for lunch?
Leo: [falls to the floor and arches his back, rolls around like he’s being gassed]
Kevin: It curled up!
Leo: [sounds of jackelope screaming]

But he loves books.  He loves, loves, loves to sit on the couch and lean over until he’s melted into me while I read chapter after chapter of his brothers’ books to him.  He is as addicted to these reading marathons as I am, though they leave us both wishing there were more hours in the day.

Leo is a candy horse.  We don’t call him “Sweet Leo” for nothing—75% of his body weight has been put there by cookies, candy, and cake.  But as much as he loves candy, he doesn’t think twice about sharing it all with everyone.  He loves seeing other people enjoy a piece of his candy almost as much as he loves eating it himself, and that is something I just love about him.  He’s a candy philanthropist.  Or maybe more like a drug dealer, trying to get everyone else hooked.  He’s a drug dealer with philanthropist tendencies.

He shares other things, too, like his bike.  With fifth graders. 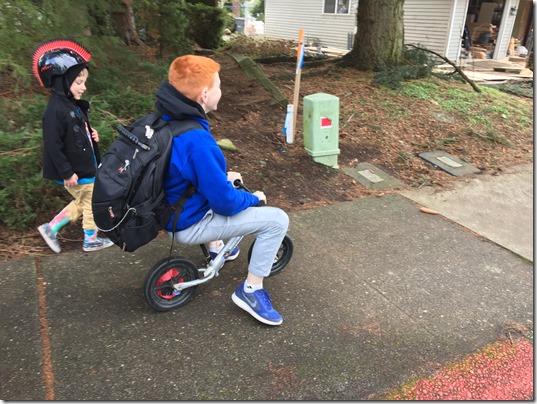 He asked for the weirdest toy every for Christmas, which he named Snappy Snap Skittles.  (He names all his animals after candy.)  Each night he puts Snappy outside his door to guard it, even though we know that the most terrible thing of all is actually inside the room and looks astonishingly like a peaceful, sleeping young boy. 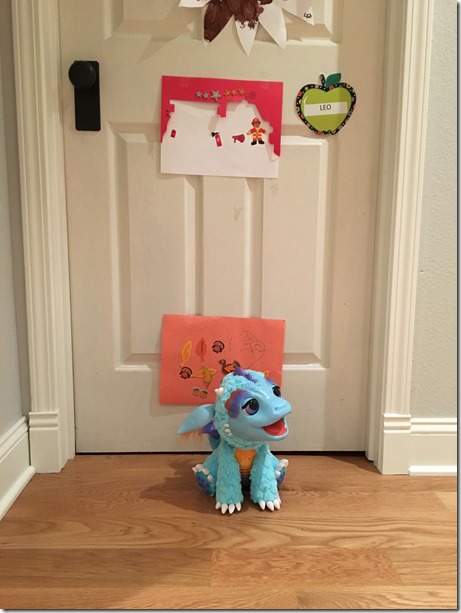 Every morning, he tucks Snappy into bed, turns off the light, and closes the door so Snappy can be well rested for the next night.

It’s kinda sweet how he takes care of Snappy, but it’s also kinda cruel, how he makes Snappy work when the other stuffed animals get to lounge around in their money suits all day.

Leo thinks Rocco is the devil.  I’m hoping this seemingly endless phase will pass soon because I used up all my patience in conflict management between these two years ago.  Instead of navigating them through troubled water these days, I just yell, “BEDROOMS!  NOW!”

With both boys spending so much time in their bedrooms, maybe Rocco is what Snappy is guarding Leo’s bedroom door from?

Leo has some dear friends at school who love capes as much as he does. 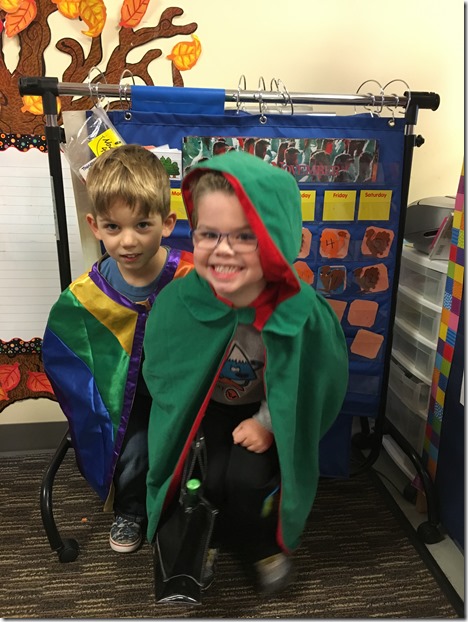 These two begged so much for a sleepover, we finally let them have one.  At four years old.  That seems crazy to me, but then Leo is no stranger to crazy. 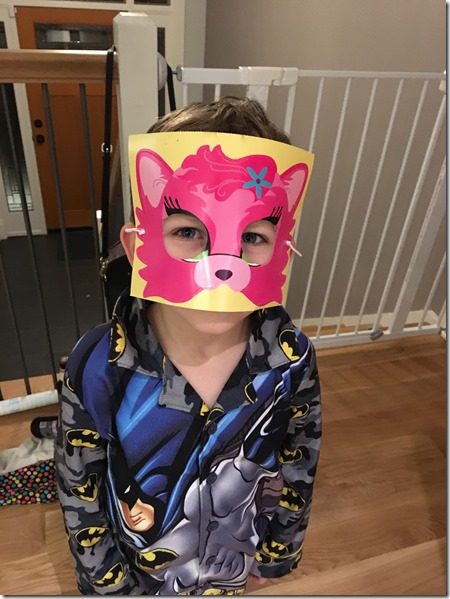 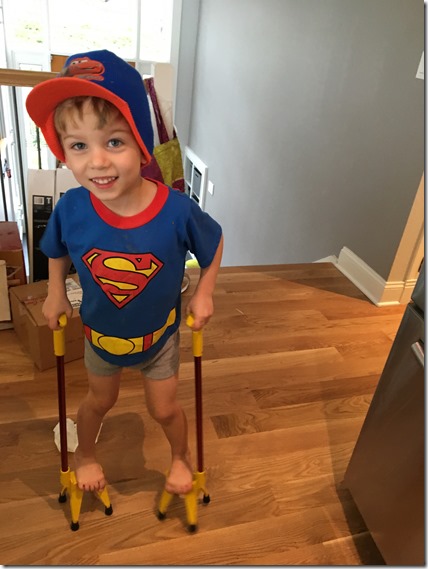 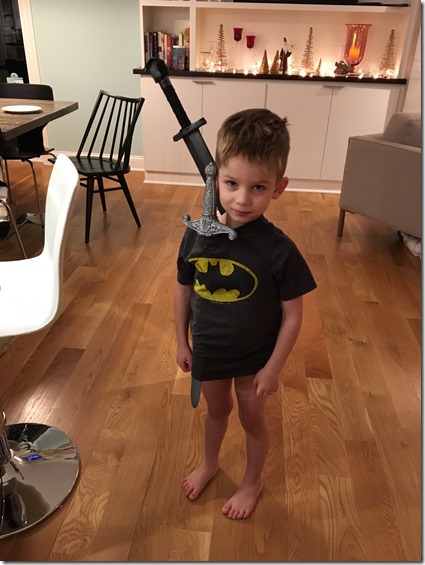 But no matter what, Leo is my kind of crazy.

And he’d like you to know that he is five.