Heeeeyyyy, it’s me with nothing to blog about. I guess I’ll give you the status quo for all the Mouthies?

Vincenzo continues to be the most chill human being on the face of the earth.  He is surprised on a daily basis to realize he missed another homework assignment. Every day. No idea. He’s indifferent about pretty much everything—except computers. When I have a computer problem, it’s now Vincenzo who helps me with it. Kevin is getting nervous, as I will soon have no more use for him. Vincenzo comes alive about 9 at night, when his friends log on to play games with him, and we hear him laughing, getting excited, despairing—we hear him emoting. The other time he comes alive is when he’s with his younger cousins, who still worship him as their god. He is a fair and just ruler, and more importantly he can lift the heavy logs.

He is also a very good sport.

Rocco continues to be the loudest Mouthy. He’s also the fastest, finishing an hour’s worth of homework in ten minutes. Quality is of little concern, unless it comes to Lego boats, which Rocco spends hours and hours working on. He’s always happy, which makes it hard to get after him. It takes a lot of lecturing and taking away of things to make him doing anything other than smile at us and laugh at himself. We try our best. I don’t want to write too much about him because there will be a graduation post coming up plus a birthday blog in July, so we must ration our Rocco ramblings. 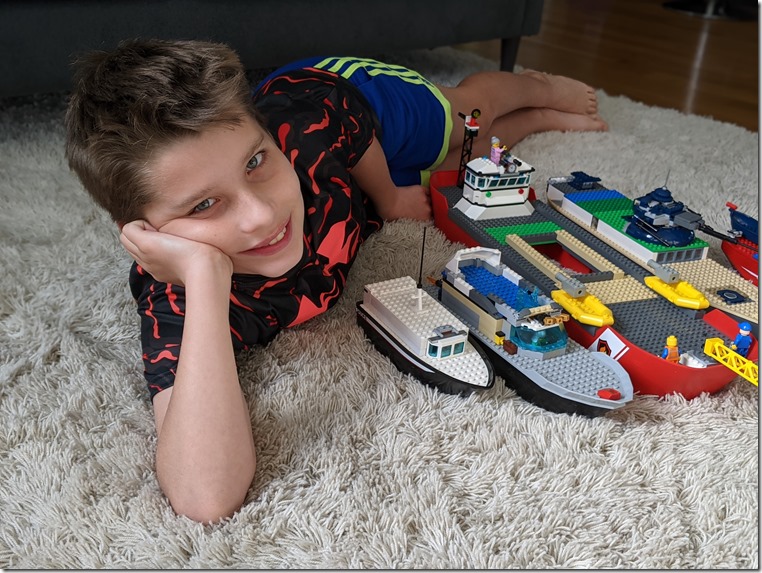 All traces of Leo’s snuggly cuteness have given way to random silliness, and it is physically impossible to get a picture of him smiling like a normal human being. He walks out of his room doing monkey arms and making a bug-eyed face, stomping around the living room and asking what’s for breakfast in a slow-motion voice. The neighbor girl has been teaching him and Rocco how to jump rope, and now Leo has decided to teach his neighborhood friends how to jump rope—and not just for fun, but for pay. He is very persistent and will not take no for an answer, so now we have to pay him to play with his friends. Fortunately, he accepts video game bucks. 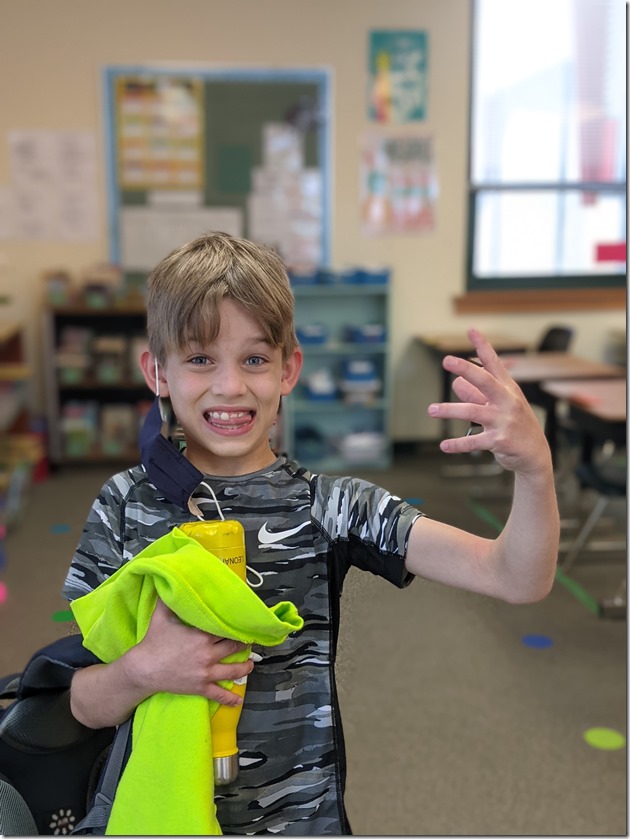 Wait—actually he did smile normally for a picture! Unfortunately, it was while sitting on a free toilet someone left on our block, so it doesn’t count.

Kevin only went to the office that one day, and now he’s back in the cloffice, which, BTW, looks like this now! 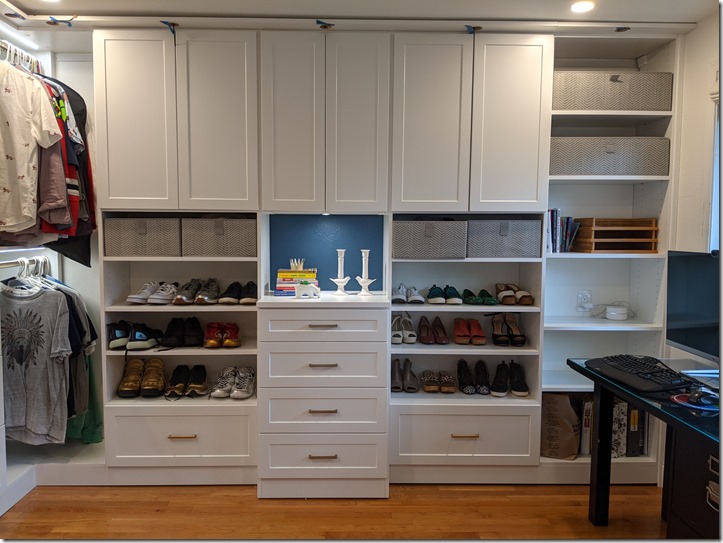 We’re still finishing up some details, but I’ll post befores/afters in another post. Or maybe I won’t. Who knows? I’m a loose cannon!

Anyway, I asked Kevin what he wants me to write about him and he said, “Just now I was trying to figure out how to use boto files for a owned test account. I didn’t know how to do it so I searched internally for someone who could help, and my name showed up as the foremost expert on it.” So that’s where he’s at. (If you know anyone who knows more about boto files than he does, please post in comments.)

Me: I’m still writing stories, with no publication plans in sight. I moved my woodland creatures into summer, where they sneak each others’ cucumbers and try to turn rivers into swimming holes. Here’s the beginning to the swimming hole story that I can’t use but it’s too good not to share.

“This is the year it’s going to work,” Squirrel said.
”Darn right it is,” Mouse said.
”Dam right it is!” Squirrel replied, because that’s what they were making.  A dam.

It’s so hard to hold myself back sometimes.