We spent Memorial Day at our family’s Whidbey beach house. We still kept to ourselves; we just did it in a different living room. Normally the beach house runneth over with cousins, aunties, uncles, and grandparents, so it was a little weird for it to be quiet and for each of us to have a bed to ourselves.

Normally we don’t have Internet access (or even cell phone access) at the cabin, but over quarantine we sprung for WiFi. I have mixed feelings about it. One of the magical things about the cabin is the lack of on-line stuff, which forces us to play board games and read books and pull out a random assortment of ancient racquets and balls and challenge each other to a game of EverySport.

But now there was some of this mixed in. 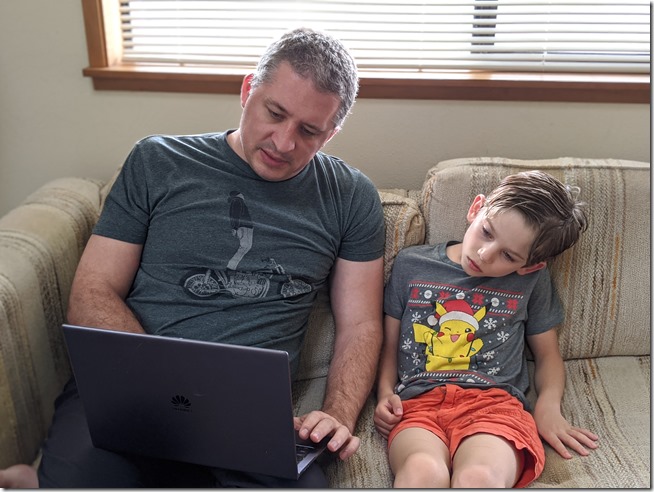 (One can only assume the are watching a V-8 commercial.)

I made it feel okay by making a rule that we could only play archaic games from the 80s—ones I used to pay on the Commodore 64. Choplifter, Moon Patrol, Spy Hunter and Paperboy, to name a few.

The graphics might not be quite what they are today, but the sound effects are way rad. Pew! Pew! Pew! Kkboom! Sproing! Srpoing! 100% satisfying.

Kevin and I took a looksee in the garage, which I blogged about years back. To update, the wood paneling got installed in the garage but the 1,000 pinkish carpet squares (actually not mentioned in previous blog) are still stacked in the middle of it, taking up the space of a mid-sized SUV. We were excited to find a box of masks laying on the shelves, unopened. A gold mine in The After times!

We tried them on right away. 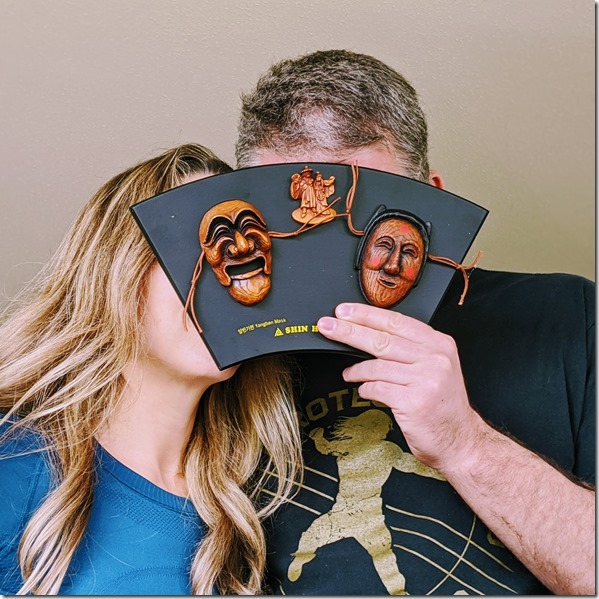 Vincenzo found a coconut on the beach, which Kevin dubbed Captain Whidbey’s Nut. 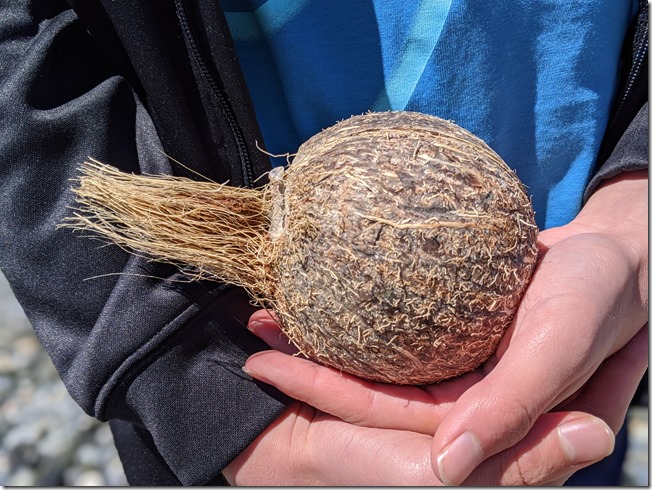 The boys spent a good deal of their time building driftwood forts on the beach. This guy showed up to help. 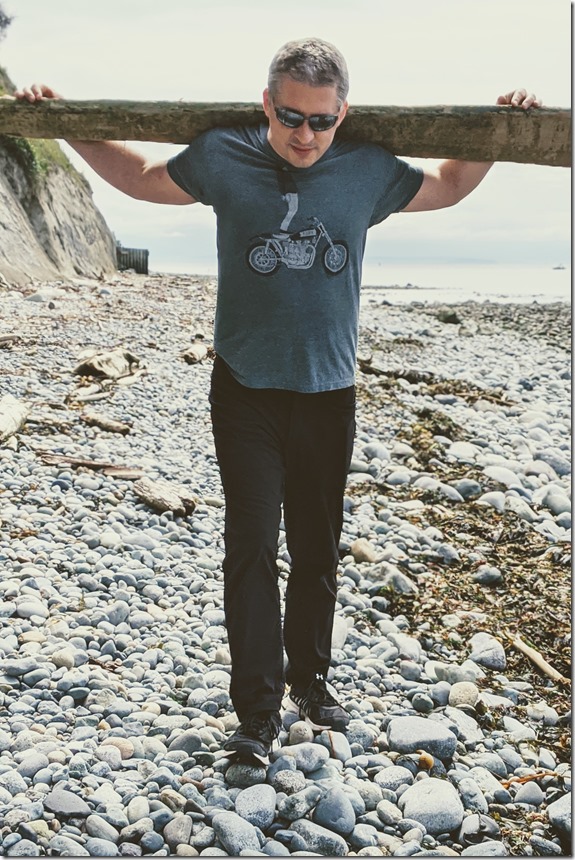 Usually I’m the photographer of the family, but for some reason Kevin really wanted to take a picture of me on this bluff.

Anyway, now I’m back home, being half Mom, half teacher, half author (we’re studying fractions this week) and feeling like I’m not doing any of them really well. Only now, when the kids yell up, “Mom! The website isn’t working!” I just go all glassy-eyed and remember that for one weekend, at least, it didn’t matter if the gol-darn website wasn’t working. 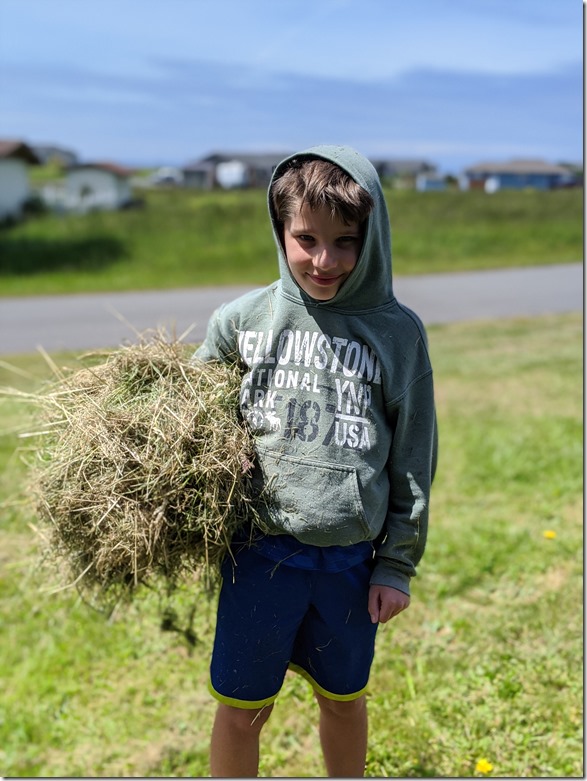