Do you remember when I had little kids and I used to start every blog post with a quickie?  Back in the days when my blog wrote itself while I was sleeping?  I miss those days!

Leo tried to help me out this week.  He had a major meltdown when we were leaving for swim lessons because he couldn’t put on his SHOOOOOES.  He was sitting right next to two pairs of his shoes.  I told him to JUST PUT THEM ON ALREADY!  But he didn’t have any SOOOOOCCCKKKS.  I stepped over him on my way to the car, telling him to figure it out and ten minutes later he joined me in the car, somehow having worked through his insurmountable problems.

Well thank goodness, I thought.  Leo is finally figuring things out for himself.  And here he is, walking from the car to swim lessons. 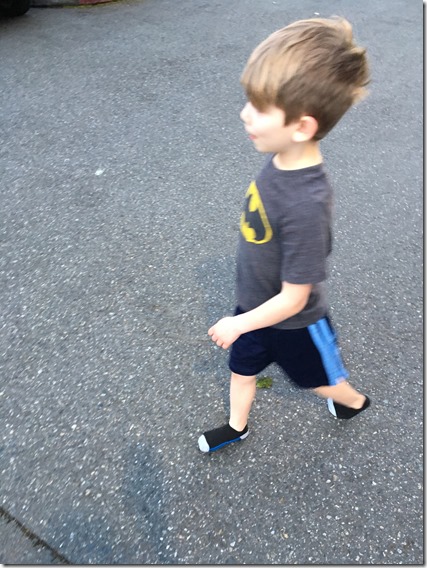 You know, wearing his invisible shoes.

Then he proceeded to get changed for swimming. 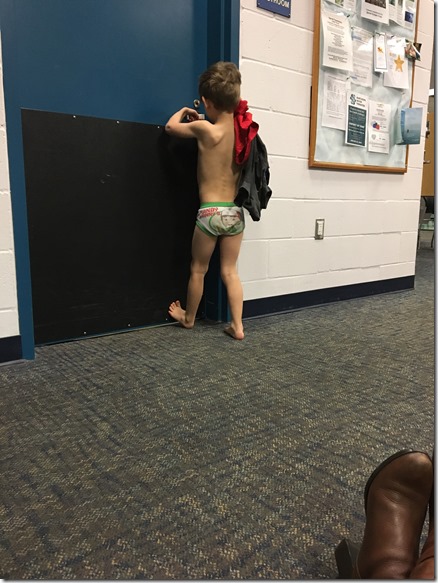 Right outside the changing room.

Right in front of all these people. 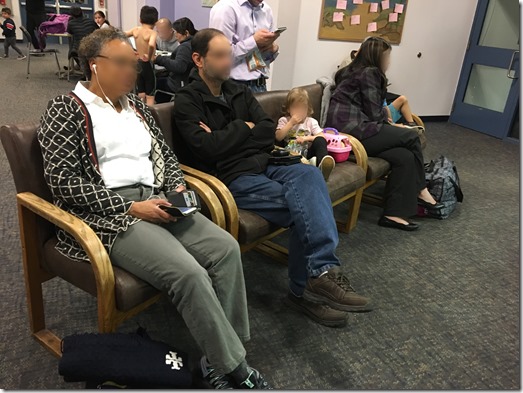 I texted this all to Kevin, telling him that Leo has gotten better at being Vincenzo than even Vincenzo is.

Anyone who has read this blog since the days of the quickie knows what a bold statement that is.