This is a very depressing sounding post, so if you were looking for laughs today, sorry.  Instead you get to hear a SAHM who has everything she could dream of complain about how crappy it all is.  Today I am going to write about writing.

I wrote a ton from October to Christmas, and I was feeling like the Michael Jordan of picture books there for awhile, but then I lost my mojo and now I’m feeling like a firework that almost but never quite went off.  It’s been a mentally and emotionally exhausting few months, trying to write.  I wrote about 2 dozen picture books and almost all of a rough draft novel.  I hate the novel.  I like some of my picture books.  So I guess it wasn’t a total bust, but I have been depressed the past couple weeks, and I don’t want to blame writing but it’s hard not to.  I could blame the rain that just won’t go away; could blame January; could blame Christmas for walking out on our family; could blame my borderline manic-depressive personality.  I don’t know why I feel like crying all the time, but I know I’ve been here many times before in life and because of that I also know it won’t last forever.  Still, it’s impossible to see the other side of things from this side of the wall.  So I’m just sitting here, waiting for enough rain to fall that eventually I can swim over the wall to whatever is on the other side.  It’s probably just going to be a lot more rain, though.  That’s what it feels like when you’re here.

My boys, of course, are my bright spot in every day.  They heard me tell my mom that I quit writing last weekend, and their little faces were so sad.  They said, “But we love your stories!”  They started giving me idea for new stories, like the family that only wanted to eat fro-yo, and the family who wanted to play video games but their controllers were all out of batteries.  So I sat down with them and we wrote their stories and read them and laughed, and then I buried the stories in a folder deep, deep in my computer and sat on the couch, looking at the rain outside.

I snapped at Rocco and Leo the other day (I do that when I’m down) and sent him to their rooms, and instead they went to the same room and worked together to make me a Lego toast holder as an apology.  I heard Rocco tell Leo, “I just need you to find 105 of this kind of piece,” and I heard Leo readily agree.)

I am a car that ran out of gas, and they are the crew that showed up to push me to the side of the road and make me a piece of toast.

Wow, this is depressing.  And this is why I can’t write now.  It’s like if Eeyore tried to write books.  So I’m just going to wait here on the side of the road until something changes and I can get back on the road. 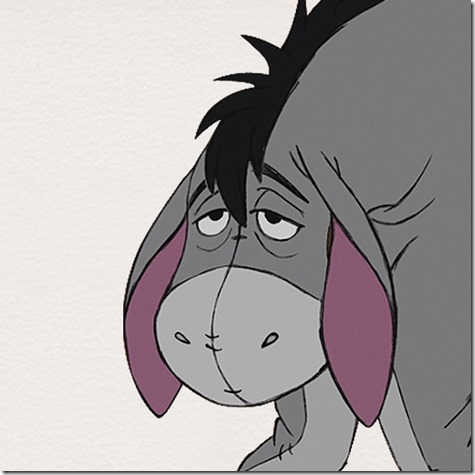