Oh, so I forgot to mention—this one time, when we were at the Grand Canyon…

Just kidding.  This post will not mention the Grand Canyon at all.  At least, not anymore than it already has.  Scout’s honor.

This year’s egg dying challenge was for Vincenzo to dye an egg to match his shirt.  Challenge accepted. 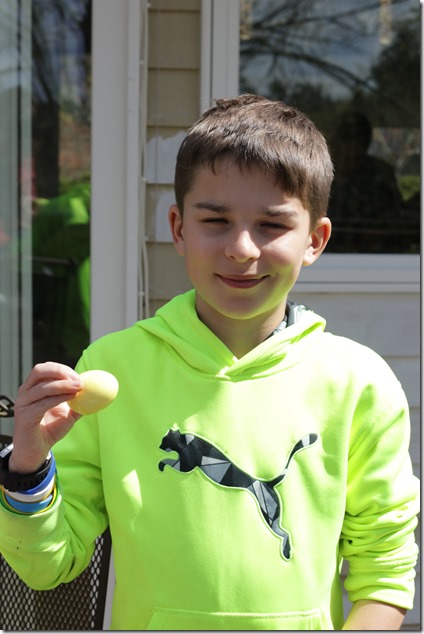 He didn’t even dye that egg—he just held it close enough to his shirt to catch the reflection.  I am pleased to report that Vincenzo has been in possession of this sweatshirt for four whole weeks now.

I brought these super cute bunny butters to my mom’s for Easter this year.

The minute I set them on the table, Kevin couldn’t help himself. 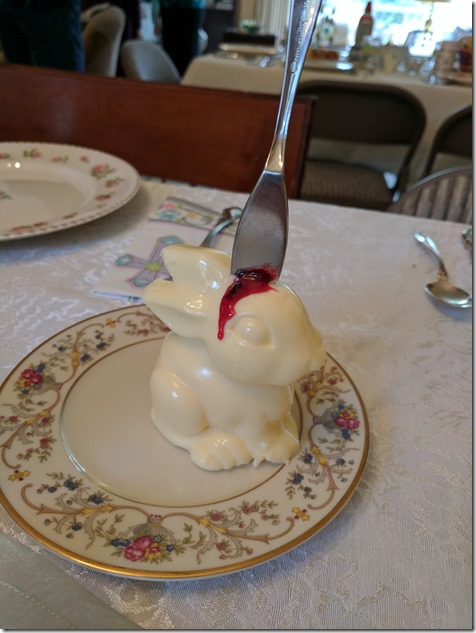 Mom told me to that her salt and pepper shakers were absolutely terrified. 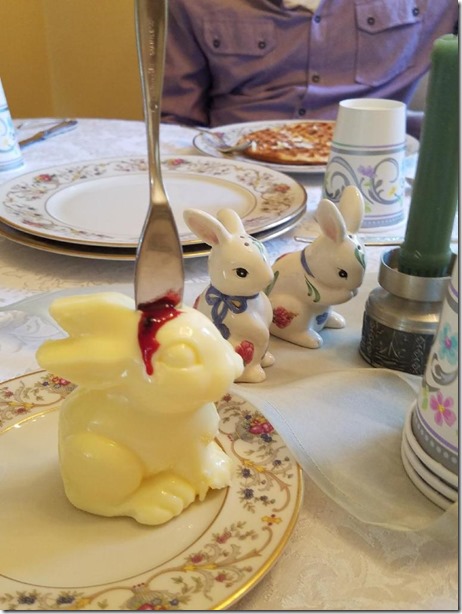 The one on the right is so scared it’s actually vomiting.

After breakfast we went out for the egg hunt.  Egg hunting made Leo a little derpy.

Vincenzo was too grown up and mature for the egg hunt this year. 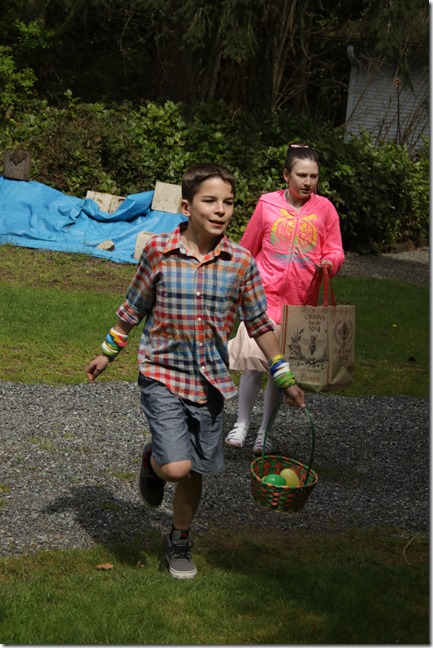 Rocco wore his stained old coat the whole time so in retribution I will only post one picture of him.

After the egg hunt we all took our turns getting our annual family pix.  I think my brother’s family has outgrown him.  (He’s the guy lurking in the back.)

Next year he’s going to have to kneel down in front.

Lucky for me, long as ladies’ heels keep getting higher, I’ll never have to kneel in front.

Happy week after Easter, everyone!