Okay, I did get some nice, non-shifty-eyed photos from Easter, too, so I thought I’d throw some your way.

On our way to church Rocco looked at the parking lot strewn with plastic eggs for later and said, “It’s not really an Easter egg hunt, right?  It’s more of an Easter egg grab.”  Mr. Literal strikes again.

This is how a rock star collects eggs.

(She looked a little less excited when she opened her eggs later to find nothing but fruit flavored tootsie rolls and some costume jewelry sized for adult fingers.)

The sun peeked out for the first time in months at the end of the egg grab.  Some dealt with it better than others. 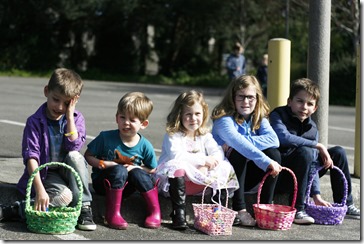 Dying eggs: which “kid” looks a little too excited here? 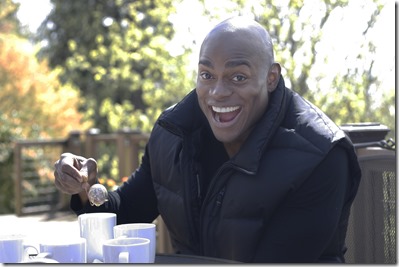 Seriously, it looks like he dyed and went to heaven. 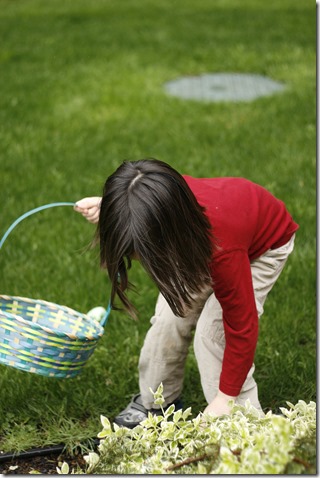 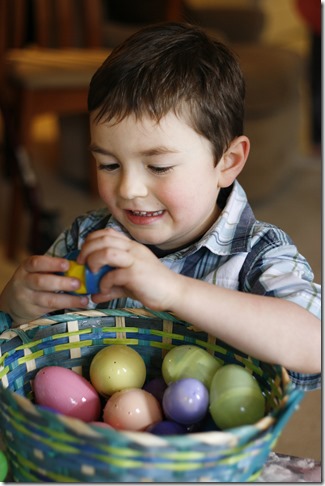 Then Easter turned into an impromptu photo shoot for my littlest niece, Shelby.  I forgot how fun it is to take pictures of two-year-olds!

I’d like to give a special thanks to Grammy’s dog, Rasta, for donating the doggy slobber that made the ball shine so beautifully in those pictures.

On Sunday afternoon the kids all went for a drive, of course.

My dad always has some new kind of toy at these things, and this year it was two of these virtual reality goggles.  They were fun to try out, but it was even more fun for everyone in the room watching the goons wearing them and randomly jerking their heads around like a couple of robot chickens.

Bleep blorp you probably had to be there.

And to end, just a lovely picture of my niece sittin’ pretty.

WHAT’S COOKIN’ 2NITE:
Ham & chicken crepes (another traditional post-Easter meal, in an attempt to use up some of the ham)
Salad with apples, gorgonzola, and candied pecans
Triple chocolate mousse