I don’t know if y’all remember, but about a year back we decided to redecorate our master bedroom.  Here’s the recap:

Here’s how our bedroom looked when we bought the house (this is the previous owner’s decorations and cat):

Since Kevin is a boy, we decided to go a different route with our first decorating attempt and our own cat (RIP, Clara): 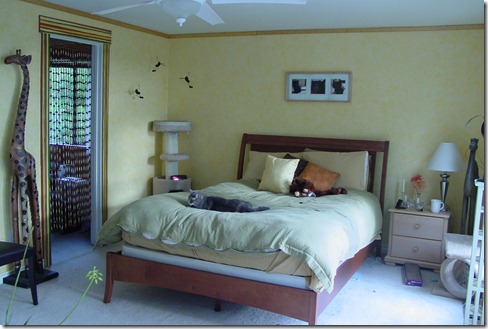 Yes, there was a giraffe and a camel and some hanging monkeys.  I liked our happy room, but I got pregnant and depressed and needed something to think about other than puking.  So we visited The Standard.

The room isn’t 100% done yet but I don’t know if I’ll ever end up putting the final final touches on it, so I’ma gonna show you what we did.*  Before I do so, I should say for those of you who love DIY websites like Young House Love where people go to their backyards, chop down a tree, saw it into lumber, turn it into hardwood floors, and stain it with the juice of the chestnuts harvested from the very same tree, we did not do anything like that.

Pretty much I would go into The Standard where this awesome guy named Martin would show me an expensive piece of furniture and I would say, “Hmmm…I don’t know…” and he’d say, “Well we do have something different in the back but it costs 7 times as much…” and I’d be all, “I’LL TAKE THREE!”*

Yup, that’s how we designed the room.  Except the curtains—those are Target.  And the pillows are Pier 1.

And now, the drum roll please… 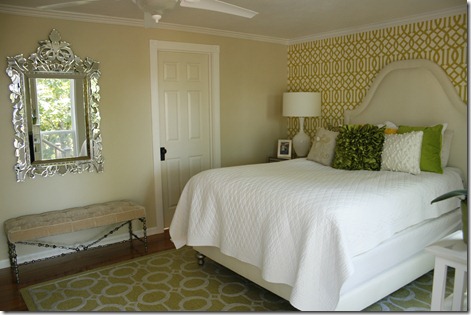 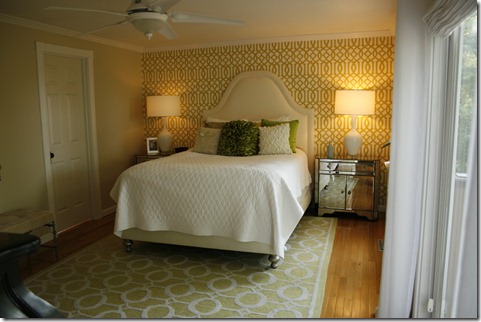 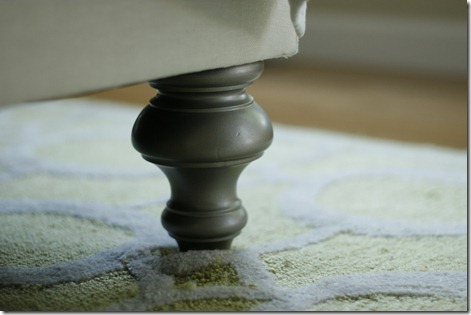 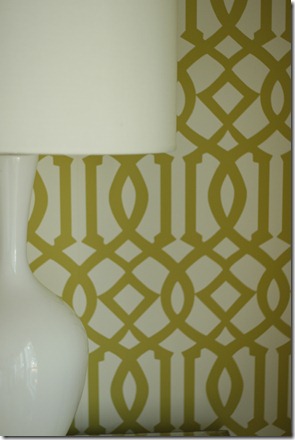 Yup, that’s where the magic happens.  I love every inch of it.

**For the record, I did make Kevin return the $3,000 apiece nightstands he bought just so I would stop dragging him from furniture store to furniture store.